The 4 Types of Fire Sprinkler Systems 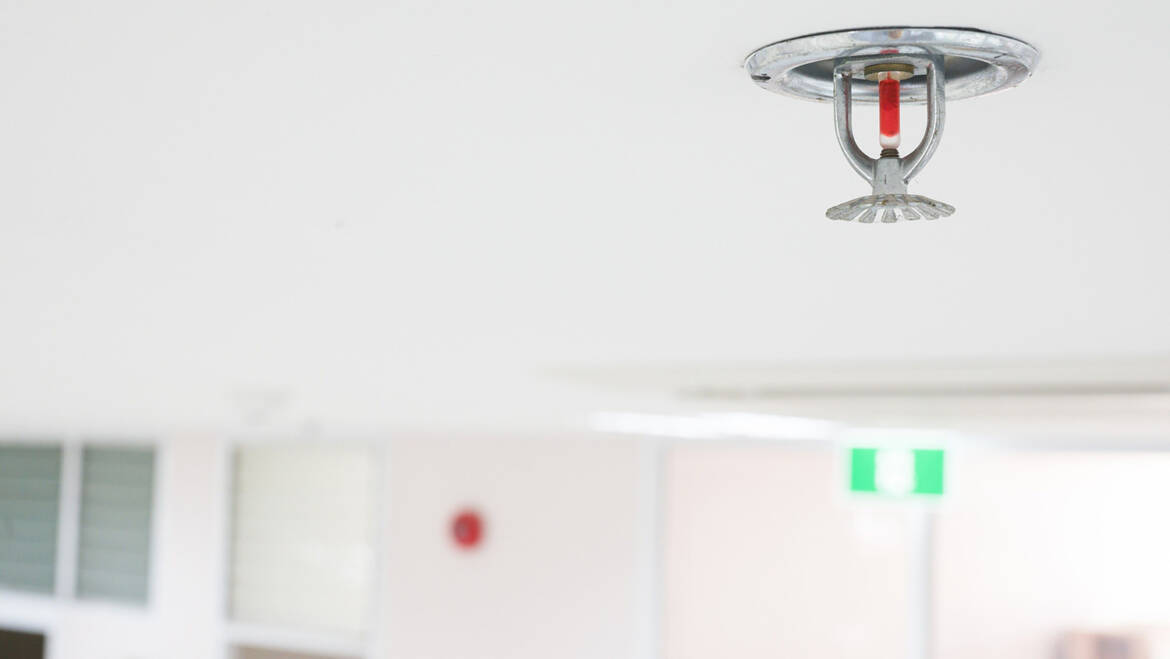 It is vital to maintain a sufficient temperature in areas where a wet sprinkler system is installed in order to prevent the water within the pipes from freezing. As we all know, water expands when it freezes. This causes the sprinkler piping to crack which leads to inevitable leaks. ProFire has been called into buildings where a frozen pipe has thawed and then caused a leak. We always advise our clients to maintain sufficient temperatures in cooler than usual areas. Consider areas such as lobbies, foyers and enclosures where a lobby is separated by two doors from the outside. These areas are notorious for fluctuating temperatures due to the exposure to cold temperatures.

We might have stumped you here, although it’s quite simple when we go through it. Let’s set some context first. We know that the water dispersed from the sprinkler heads is meant to extinguish the fire when the system is activated. However, there are some applications wherein a lot of damage can happen as a result of a fire being extinguished by a sprinkler system. Consider places such as libraries, data centres, or rooms occupied with high value electronics. In order to minimize the amount of damage, the sprinkler system can be configured in a way that isolates the fire and only disperses water in that area. This is what a pre-action system allows us to do. A pre-action system is essentially a security system for a wet sprinkler system. A building equipped with a wet system can also have a pre-action configuration. Consider a wet system with piping that branches into Rooms A, B & C. Room C is home to a number of computers and servers which would be severely damaged if exposed to water. A pre-action configuration means a trigger is installed at the beginning of the pipe segment entering into Room C. In order for the sprinkler system to disperse water, two zones have to be activated. This can be done by the means of smoke or heat detectors. If there is a fire in Room A and the sprinkler system is activated, the water will not disperse in Room C where the computers and servers are until it detects smoke or heat in that room. This prevents unnecessary damage if there isn’t any real danger within that room.

It’s still English, we promise! Deluge means a severe flood and that’s exactly what this type of sprinkler system does. A deluge system is equipped with sprinkler heads that are in an always-open state. There are no temperature-sensitive glass bulbs or links that need to burst before water can pass through it. When the system is activated, water floods the area in which the system is activated and extinguishes the fire by covering the entire area aggressively. Because of this always-open state of the sprinkler heads, this system is similar to a pre-action system in that it requires a two-stage trigger to activate it. A manual pull station is installed along with heat detectors to activate the system. Deluge sprinkler systems are best suited for areas where there are hazardous and/or flammable liquids; places such as chemical and petro-chemical plants. It is also common for these areas to have little to no heat. These systems do not hold water or air in the system as the sprinkler heads are always open.

See a deluge sprinkler system in action! This system uses a foam extinguishing agent for an airplane hangar.
Click here to watch now!

FM200 is the successor of the previously well-known Halon fire suppression gas. Halon was banned and phased out of use due to environmental reasons. The FM200 fire suppression system works in the same way the Halon system used to. It is stored in large tanks within the room it is meant to extinguish the fire in. These systems are equipped with a manual pull station locked with a pin (alike to fire extinguishers), and the room also contains heat and smoke detectors as well. FM200 extinguishes a fire by suffocating it just as previous Halon systems did. With Halon, no one could be present in the room in which the suppression system has been activated. If activated, anyone in the room has a limited amount of time to evacuate before their health is severely affected by Halon. However, with FM200, the gas suffocates the fire while still being safe to breathe. Alike to a pre-action configuration, FM200 systems are installed in places where there are high value electronics, archives, libraries, computers and/or data centres. In this case, one may choose to install this system if even a limited amount of water would cause severe damage to whatever is present in the room. The tanks of FM200 gas are relatively expensive to replace if a system were to be mistakenly activated, as such, the pull pin prevents accidental activation of the system.

As you can tell, there is a lot more to sprinkler systems than what meets the eye. We’ll leave you with a few things to think about and some tips to keep in mind for maintaining your sprinkler system:

Consider your building and and its sprinkler system. Ask yourself whether you have the correct system installed, or whether a more appropriate system would be better.
Be sure to conduct weekly checks of your pressure gauges to ensure there aren’t any air or water leaks.
Maintain sufficient temperatures in suites, hallways and lobbies to keep wet systems from freezing.
Although sprinkler heads are installed in the ceiling, they do hang under the ceiling level and can be damaged if hit by an object. Keep the area around sprinkler heads clear so that water can be dispersed, or a contractor has access to it for any repairs.
If you suspect a leak from your sprinkler system, let your fire alarm/sprinkler system company know immediately. They will walk you through how to trace the leak and/or shut off the system while they make their way to your building for an emergency service call.